This article contains a few Filipino words from the interviewee but his message can be understood nevertheless. Original title of the article: “Deserve ba namin ‘yung ganitong graduation?”

Mark Sahagun, 22, felt relieved following the announcement of Mayor Isko Moreno suspending the classes from March 9 to March 15, 2020. Just a few days after defending his architectural thesis, a break is what he needed the most. Little did he know that the class suspension is only the start. As days passed, the government announced community quarantines measures, lockdowns, and eventually affecting their graduation at the PICC supposedly last May 5.

The Start of His Future

Before the lockdown took place on the midnight of March 15 to April 14, Mark went back to his hometown in Laguna. At that time, he was still optimistic that they would have their graduation rites on May 5. But with the continuous extension of community quarantine measures after the lockdown, his dreams of graduating at the PICC did not happen. “Gusto namin na ma-experience ‘yung PICC eh. Isa sa bucket list mo ‘yun na maglakad ka sa PICC.” he stated.

However, the pandemic did not only affect his May 5 graduation but the start of his future as well. While in Laguna, Mark tried looking for jobs through JobStreet and he realized how little his chances are to land a job because he is in a province. He was accepted for a job in Manila but he rejected it. He had a job once when he was still an undergraduate student and he used it as his basis. “Yung ino-offer kasi sa akin lower than the salary [of my previous job]. ‘Yung travel, sobrang layo din. ‘Yung compensation, hindi din okay kasi mas mababa siya compared dun sa first job ko.” He also considered the safety of his family and himself.

With his future looking uncertain and nothing left to do, Mark started his own business, Plaintaire PH, a plants store offering air plants with holders. He felt grateful that amidst the circumstances that constrained him to go outside, he still found an opportunity to help his family financially through an activity that he finds joy in.

Before their supposed graduation on May 5, there were talks that it would be virtual graduation and since it’s a new thing, they were clueless about what they should do. Some of the graduates took pictures because they thought that the administration will ask for their photos to be inputted on the presentation. However, they did not. They conducted the virtual graduation last September 30 and it looked like it was an ending credit of a film.

We All Are In Different Pacings

Currently, Mark focuses on Plantaire PH but still, he wants to use his degree. “Itong lockdown nag open siya sa akin para matulungan ko yung family ko dito sa bahay. Also, na-experience ko din gumawa ng sarili kong business,” he concludes. “It’s one in a million chance na pwede mong i-grab na hanggang ngayon, existing si Plantaire, existing ‘yung business ko and masaya ako dun sa ginagawa ko. But I don’t want to leave my degree kasi siyempre sayang naman ‘yung six years na ginugol ko sa PUP.” He wants to take a risk next year, 2021—if transportation is readily accessible—and look for a job in Manila. Though he knows not to pressure himself too much on finding a job related to his degree but rather, just doing things that he is happy with and is making progress in.

Most students who apply for an architecture degree have a drawing and coloring background. Most people also have this belief that if you are an architecture student, you are a ‘skilled’ artist before you even get into college. But, architecture is more than just drawing and color rendering. Its an interdisciplinary field- it mostly integrates history, science, mathematics, design, and psychology together. That is why if you researched some masters in architecture, they would encourage you to study other fields first before taking architecture.

Anyways, I am here to prove you that you can apply for a degree in architecture even without a background or even just a foundational knowledge in drawing or coloring. I met people who wanted to take up architecture but are hesitating just because they do not know how to draw and color. Well, its scary especially if you grew up with a belief (like I) that the world is divided into two: the creative ones and the non-creatives. Nope. Everyone can be creative.

Let me tell you my story…

Back in 8th grade, I had a classmate who told me that the poster that Iwas working on was ‘bad’ and ‘ugly’. For the following years, that remark made me believe that I just can’t draw and I wasn’t just the creative type. It also made me doubt a lot about the works I produce and would rather hide it in a place where I can only see it than making it visible to others.

Four years later, I encountered the growth mindset research by Carol Dweck. I learned that the brain is like a muscle- the more you use it, the more it expands and gets stronger. One way to exercise your brain is to learn new things. When you learn something new, connections are constantly developed in your brain. So you cannot tell babies that they are dumb just because they cannot do things when they had not even experienced doing it or actually tried learning it.

I made a decision that this is the mindset that I want to equip in my life.

Since making crafts is something that I always do before college, I chose a path related to design. I applied for a degree in Architecture even with my non-existent drawing and coloring skills. I was optimistic the whole time that I was applying and I kept repeating to myself, “Drawing is a skill. I can learn it.”

Alongside with this, I also have a friend who is an architect now and assured me that its okay to take architecture without knowledge in drawing yet but I have to make sure that I practice drawing and coloring A LOT. I am beyond grateful to have a stable support system aaahhh ♥.

I failed the aptitude test. The 30-items test is composed of an essay question, two math problems, still-life drawing, color rendering, and identifying front, side, rear and plan views. I scored less than 10. Ar. Ted Inocencio, a professor from PUP-College of Architecture and Fine Arts, checked my paper, gave me 4 points on the essay question and minimal points on my drawing.When I stepped in inside his office, he asked whether I was the one who owns the test paper he checked. I answered yes and his next words were like this, (non-verbatim) “Bakit ka nandito? Eh ang panget ng drawing mo oh! (Your drawing is ugly! Why are you even here?)”. I answered, “Sir, gusto ko po kasing magdesign in the future. Alam ko naman po na hindi po ako marunong pang magdrawing pero matututunan ko din po ‘yan kasi drawing is a skill po.” And what’s supposed to be an interview became a mini-lecture of how to draw.

Looking back, I realized that I was fortunate to even been given a chance to be interviewed. There were around 4-5 professors who are checking papers and conducting interviews. There were a lot of prospective students that were not given a chance to even be interviewed. They failed the test and were told to look for another program to apply to. Two months after the interview, I found out from an alumni of the university, who is now an architect, that his paper was also checked by Ar. Ted Inocencio during the aptitude test which he also failed and regarded his drawings then as ‘kid drawings’. He also shared that Ar. Ted criticized his drawings during the interview. Then, I realized that Ar. Ted is a really good person. He gives prospective students a chance during the interview to prove themselves that they still want to study architecture regardless of the outcome of the test. And I was (again) fortunate that my paper ended up with him because if it did not, I might be in an another path right now and Imight not be writing this down.

Months preceeding the first day of school, I was in rock bottom. I do not know how to draw and color so basically I have to start from no knowledge. I am beyond grateful that I was surrounded by classmates who are better than I so I got to learn a lot from their works and at the same time, I have a community who are ready to mentor me in any way so even though I was in rock bottom, all alone but I never felt lonely. I am filled with hope because when you are in rock bottom, the only way is up.But it was not easy.

Although I had equipped a growth mindset, I still have a lot of self-doubt and sometimes I can even see some of my blocmates giving me weird looks whenever I (totally) refuse to let them see my plates. It took a lot of courage in me to pass my plates and let it be shown to other people. My heart was pumping so hard whenever my blocmates look at my works and I was afraid of what they will think. 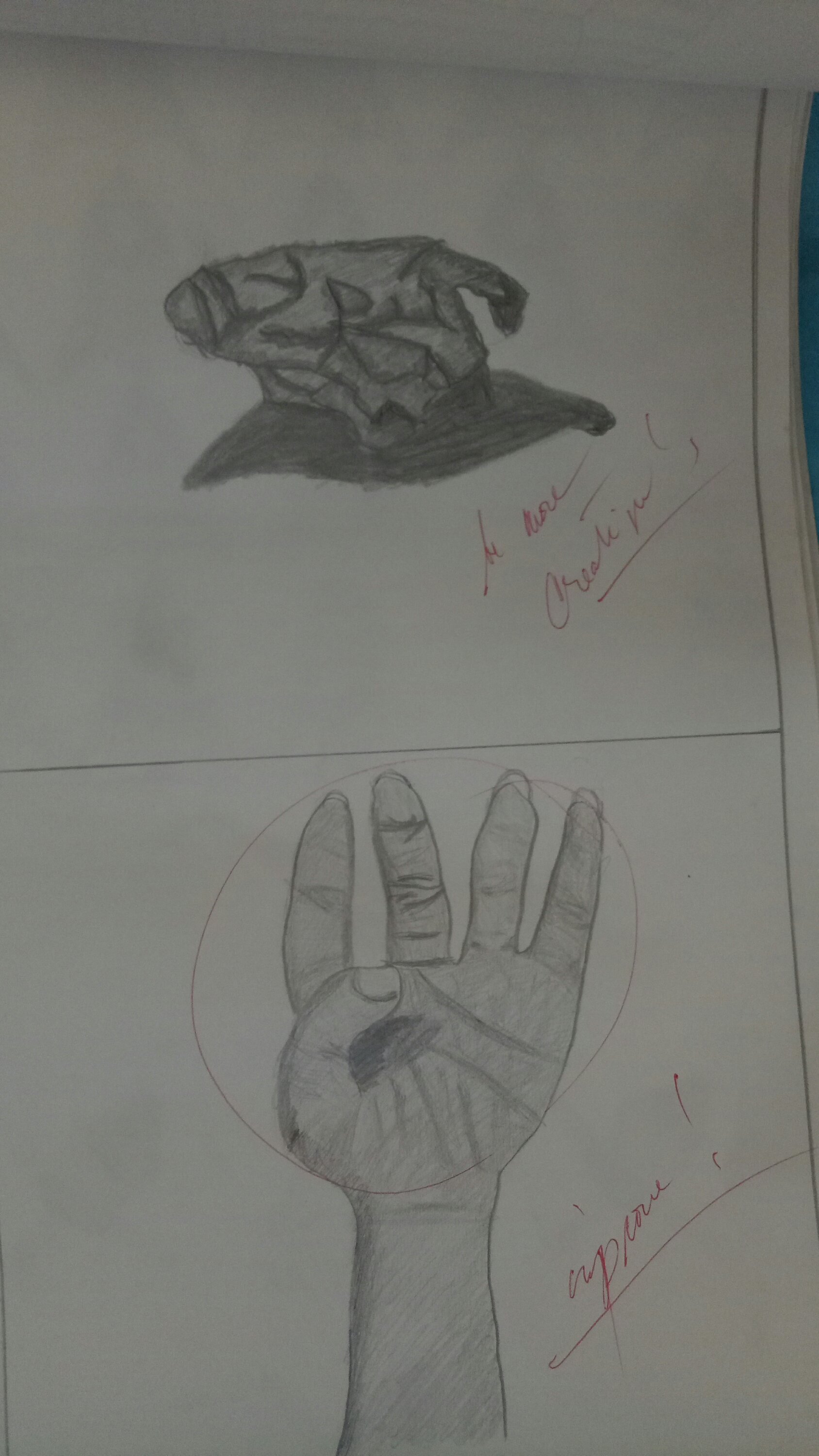 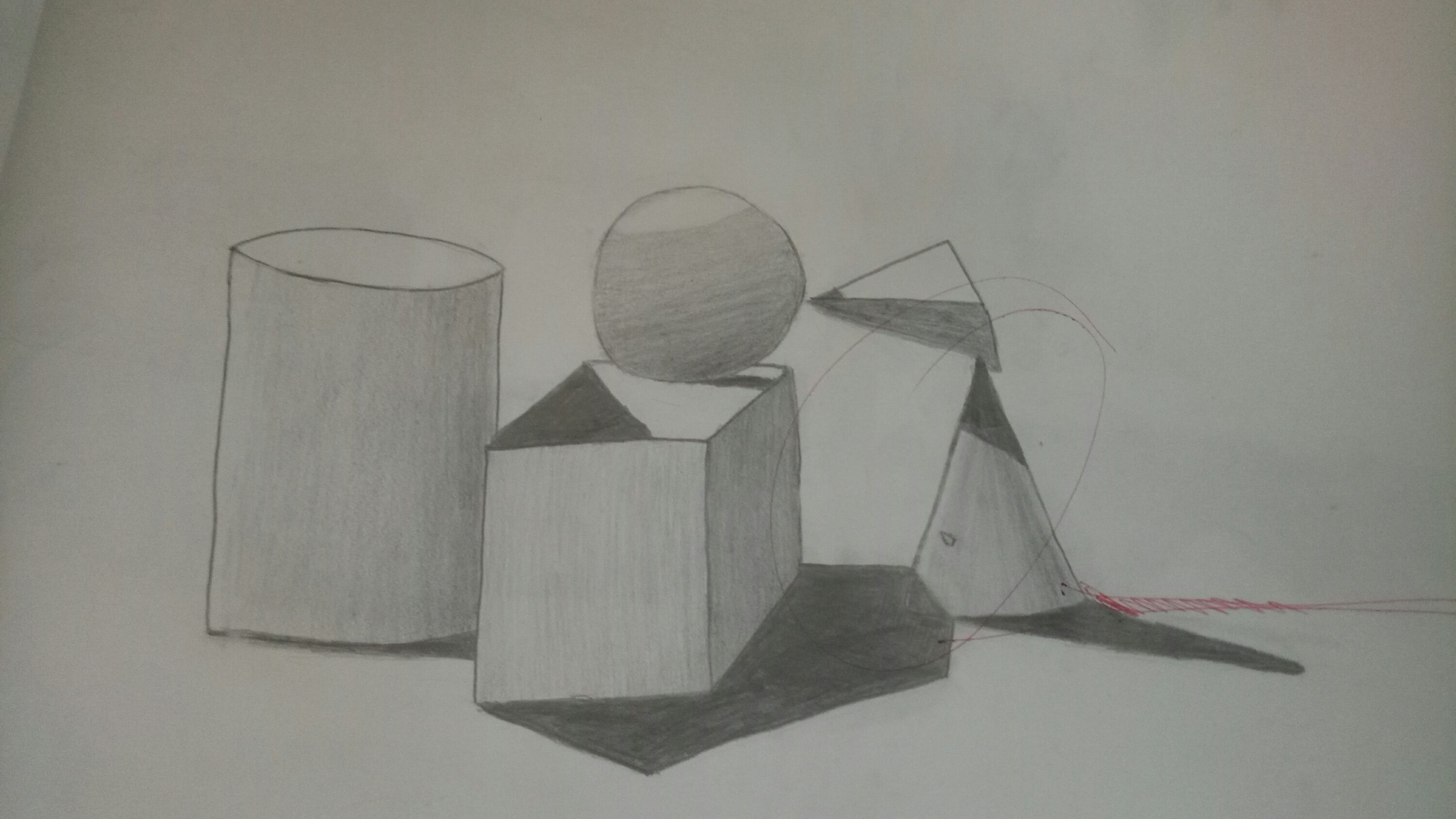 I experienced a series of failed plates. I did not put my worth in the grades that I received although I used them as markers to know if I am indeed improving. If I want to learn how to draw, then I should draw. Draw. Draw. Draw. And by drawing, I started noticing details- details that never occured to me before if I had not draw that specific place or object. I started looking at things with more interest and admiration. Is this how an artist see the world?

Fast forward to my finals plates, I received an 82! AN 82! I was really happy because this grade was given to me by Ar. Ted, the professor who let me in this program despite my lack of skills, who constantly gave my plates a failing grade, and who always told me “Ano ‘to? Ayusin mo nga ‘to!” (What is this? Fix this!) whenever I received my plate. In that moment, I truly felt that I was in a better place than where I was before. 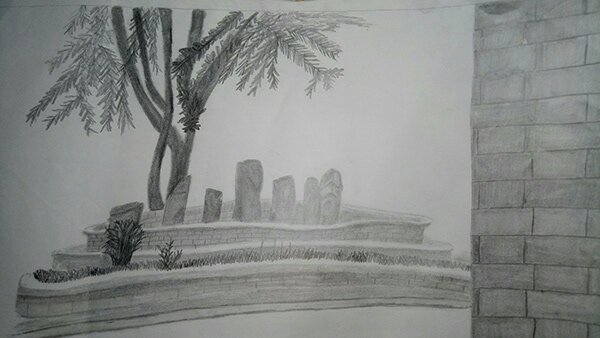 Having that #smallsuccess made me eager to create better works. The following semester, I had better grades in my drawing plates and we had more major subjects than the previous semester so we focused more on technicalities in archi than drawing and coloring. Again, architect is more than just drawing buildings.

A year has passed. I realized that those obstacles made me much better- I know now how to draw, I started posting my works in public, and I am venturing on other creative paths! Whenever I want to learn something new, I look back at those moments when I hesitate infront of a blank white paper and now I can pick up a pencil right away and just start drawing.

What can I learn today?